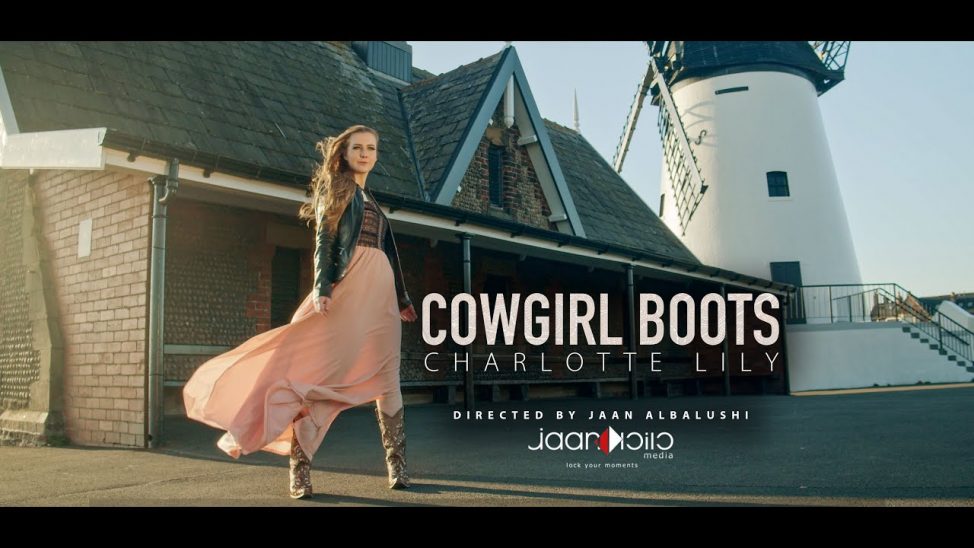 Cowgirl Boots is the latest release from upcoming singer/songwriter Charlotte Lily. The track radiates country/pop melodies and vocal tones; with Charlotte’s raspy voice as the standout feature. The lyrics embody self-love and staying true to who you are as she sings ‘I think that I’m doing pretty good, I know I’m no Carrie Underwood, I just do what I do, got nothing to lose, staying true to my cowgirl boots’.

The catchy pop track wouldn’t sound out of place on the country/pop chart. The melody is as punchy as its lyrics and the guitar solo in the bridge really lifts the song and intensifies the message.

The music video was released via YouTube on 11 April 2020 and has already racked up over 1000 views. The video begins with Charlotte playing at a local pub; reminiscent of the many Charlotte has performed at over the years. As the song progresses, we see Charlotte sing in the woods, on the beach and by a lighthouse. The video nods to the struggles of emerging artists. Making Miss Mogul especially love the lyric ‘don’t ask me for another boy band song, you know I’ve got my own thing going on’. Here, Charlotte alludes to the pressures of being asked to sing covers, when she really wants people to listen to her own creations. Cowgirl Boots is a strong release from this upcoming singer/songwriter. We predict big things from her!

Charlotte Lily has already built a strong following in the Northwest of England. In fact, the first original song she recorded in her bedroom received over a million combined views on social media. Two self-recorded EP’s later, Charlotte was invited to appear on an ITV evening show, where she performed to a sold out Wembley Arena. These days, Charlotte has a team made up of multi-Grammy nominated producers and writers; both in Thailand and London. Charlotte has certainly come along way since her days of busking around the North West!

You can follow Charlotte’s journey on her social media accounts…