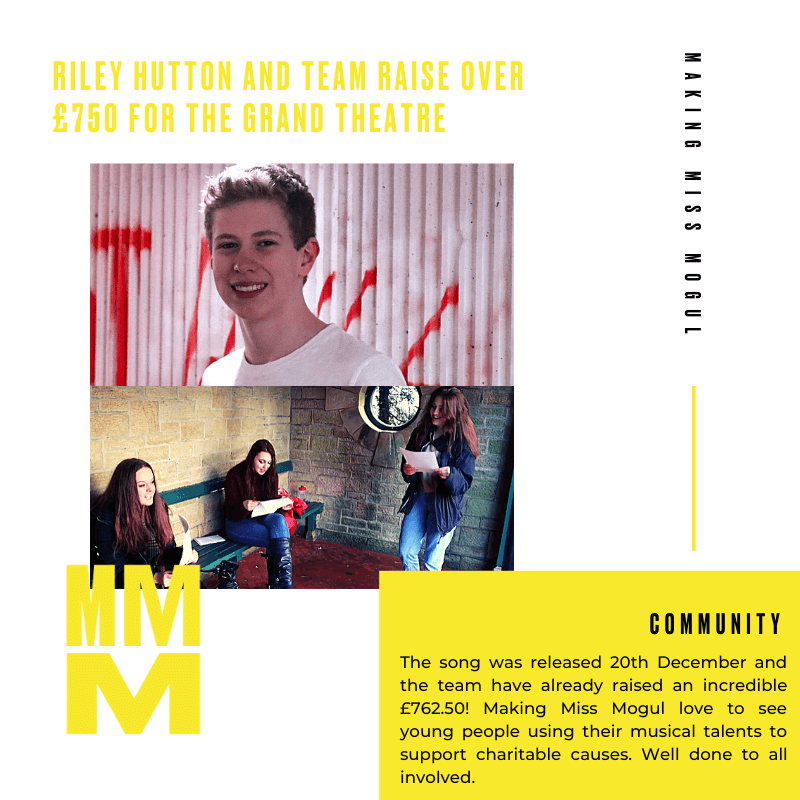 Riley Hutton has been extremely busy creating a brand new Christmas song to raise money for the Lancaster Grand Theatre. ‘Footprints in the Snow’ is a beautiful, uplifting song which features local artists Constance Evans, Annie Hughes and Emily Brown.

Lancaster Grand is owned by Lancaster Footlights and is operated and maintained mainly by volunteers. It does not benefit from any external funding and has to raise all the money needed to run it. Mike Hardy (Chairman of the Lancaster Grand) suggests that ‘extending the theatre with a new foyer will not only improve access, it will also generate much needed additional income to help secure the theatre for enjoyment by future generations’. Riley says ‘to support the Lancaster Grand New Foyer Appeal, we have written a Christmas song (recorded socially distanced!) about the current COVID Christmas. You can support the grand by donating via our Just Giving page or by purchasing the song on iTunes or Amazon, or streaming it on platforms like Spotify’.

Along with the song, Riley and his team have created a music video which has already surpassed 500 views on YouTube. The video features Lancaster’s Christmas lights, The Grand Theatre Auditorium and the singers.

The song was released 20th December and the team have raised an incredible £762.50 so far! Making Miss Mogul love to see young people using their musical talents to support charitable causes. Well done to all involved!

To donate, head to their Just Giving page – https://www.justgiving.com/fundraising/riley-hutton