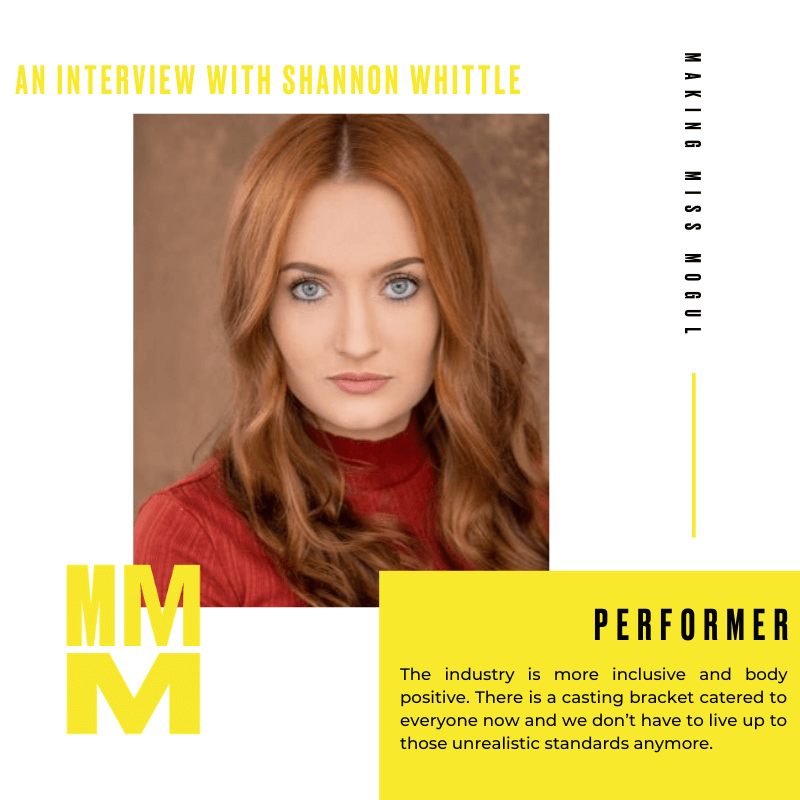 Hi Shannon, what is your profession?

I am a musical theatre performer and actress.

When did you decide to pursue musical theatre?

I have been performing since I was very young. In fact, I was only four years old when I participated in my first dance class at Robinson Read Dance School. There I completed numerous exams and competed in many dance festivals. Unfortunately, I didn’t enjoy the competitive nature of dance festivals. Although I recall turning 12 and taking part in Morecambe summer school, taught by choreographers from London. The other dancers were having a blast and really going for it which inspired me to push myself and enjoy it more. Something just clicked and this started to show in my performances thereafter. Alongside dance, I have been performing in amateur theatre societies since I was very little. My grandparents met at an amateur society and my parents did too. So my first acting experience was in an amateur performance of Scrooge and I only had one line but I really made the most of it!

We hear you went to drama school. How does that work?

Well initially, I didn’t even know it was an option! I had watched Britannia High on ITV, a television show which portrayed a fictional version of a stage school. I loved it and brought up the idea of drama school to my teachers. No disrespect to my school, but there really wasn’t much information or guidance for those with an interest in pursuing musical theatre. Luckily, my head of 6th form took the time to look into it for me. But I remember even in primary school, a teacher told my parents that I was wasted as a performer and that I should be using my intelligence for something useful! Once my head of 6th form was on board, I applied to drama school through UCAS. Instead of a personal statement, I had to audition in person for the schools I had applied for. To attend these auditions, I had to pay a fee to each school which ranged from £15-£65. With UCAS, you can only choose 5 schools but the UCAS conservatoire allowed me to apply for an extra 5. Not many people know about this so be sure to ask your teachers! Be aware though, this will require additional costs because you are applying for more schools. I was initially offered a foundation course at Mount View but I had to pay for the year (£9,500) upfront, and that didn’t include living accommodation. They thought I was too young to do the degree course so I took a gap year, got a job, saved up some money and tried again the following year. I worked with another singing teacher and learned how to better my skills when performing Shakespeare. I ended up getting into Hammond School which I hadn’t considered as an option the previous year. But I’d attended workshops there before so I thought it was perfect.

For most of the schools, I had to sing two contrasting songs, choreograph a routine or participate in a dance workshop and perform a monologue (sometimes Shakespeare). It was always a daunting experience. They’d also conduct a little interview so they could get a sense of our personalities. It wasn’t nearly as scary as I had imagined though.

When did you graduate?

I graduated summer of this year. I should mention that I really enjoyed it at the Hammond and made some great connections, but I felt as though my dancing wasn’t being pushed enough. I remained at the Hammond for two years before moving to Trinity Labon. I was on the waiting list for Trinity so I got in contact in my second year and they told me I could re-audition for a place in the musical theatre course. I secured the place and I was over the moon. Although, I was required to retake the second year as they needed to take new students into the final year of the course. It was the best decision I have ever made though. I believe everything happens for a reason and it reignited a flame that was fading.

Would you recommend drama school for budding performers?

I had a fantastic time so I would highly recommend applying for drama schools. However, there are other paths which you can take. You could sign up to Stage magazine and keep an eye out for future open call auditions or you could scour the internet for opportunities. There is no right or wrong, just do whatever is best for you.

Have you any advice for those wanting to pursue musical theatre?

Firstly, don’t be scared to ask questions; especially at school. The teachers are there to assist you and if they don’t know the answers themselves, they can find out for you. Personally, I was self-conscious growing up but performance helped me to overcome my insecurities. If people have nasty things to say about you, use that as fuel to push forward.

Congratulations on finding an agent! How did that come about?

Drama school’s usually put on a showcase for casting directors and agents in the final year. They ensure that you are put forward in your best light and are cast in roles suited to your casting type. Following the showcase, agents tend to get in touch for interviews If you are very lucky then they may sign you up straight away. Unfortunately, our class couldn’t perform the showcase because of the coronavirus pandemic. So, our teachers encouraged us to make reels and send them out via email. From there, an agent reached out and I met with them via Zoom! I will say, I think it’s important to make sure you ‘click’ with your agent. Remember to ask questions too. They should impress you as much as you impress them!

What is your career highlight so far?

Well, due to coronavirus I haven’t been able to audition yet. But I loved playing the role of Helene in Sweet Charity at Trinity. The whole experience made me realize that I definitely wanted to perform for a living. I had been surrounded by very talented people at Trinity and it caused me to doubt my talent on occasion. When I was cast as one of the leads it made me feel great. I got to sing lots of fantastic, challenging songs and she was a bold, sassy character! As I mentioned, I came to Trinity late in the game so everyone was watching me, waiting to see what I could really do. It felt really satisfying to be able to prove my worth as a performer.

What are your hopes for the future?

It is so uncertain at the moment with the pandemic, not only for performers but for the crew too. People forget that there are so many people involved in the industry and they are equally affected. My biggest hope is to see theatres open and thriving again. I also can’t wait to go for my first proper audition. Whether I get a call-back or not, I will just be so happy to be acting again. My long-term dream is to be on the west-end stage and be paid to do what I love. In fact, I’d be equally as happy to be in the chorus as I would to be cast as the leading lady.

Have you any advice specifically for our female readers?

I think things are constantly improving for females in the industry. Years ago, it was required for women in lead roles to have small waists and to be petite. Some companies even weighed cast members on a weekly basis! Thankfully that has changed. The industry is more inclusive and body positive. There is a casting bracket catered to everyone now and we don’t have to live up to those unrealistic standards anymore. Find your lane and stick to it.

You run the Instagram page @positive_tummtalk_ What inspired you to create the page?

I had just graduated from Trinity, moved back to the North West and I wasn’t sure how long it would take for industry to recover from the pandemic. I felt it was harder to keep physically fit as I couldn’t dance and I went into a downward spiral where I just wasn’t confident looking in the mirror. I was getting a few breakouts again which I hadn’t experienced since my acne cleared up. I was already following The Tummy Diaries on Instagram and I’m all for promoting a healthy lifestyle and a normal body type They inspired me to take action and my page was born. I started off with sharing my own personal stories. but very quickly people were messaging me wanting to share their story too. It was so rewarding and it helped so many people. Some of these people were old friends and old acquaintances. It was just a safe space for people to speak confidently which is very uncommon on social media. Social media is mostly a highlight reel of people’s best moments and I had been comparing myself to other peoples bodies, even celebrities. So, instead I started filling my feed with things that make me happy. Even though I’m not as active on the page currently, people are still interacting and gaining confidence which is fab!

Thank you so much for speaking with us today Shannon. I’m sure this interview with be very inspiring. 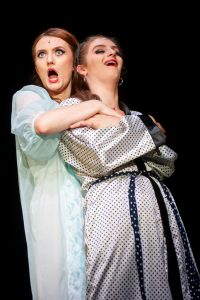 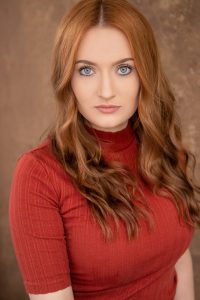